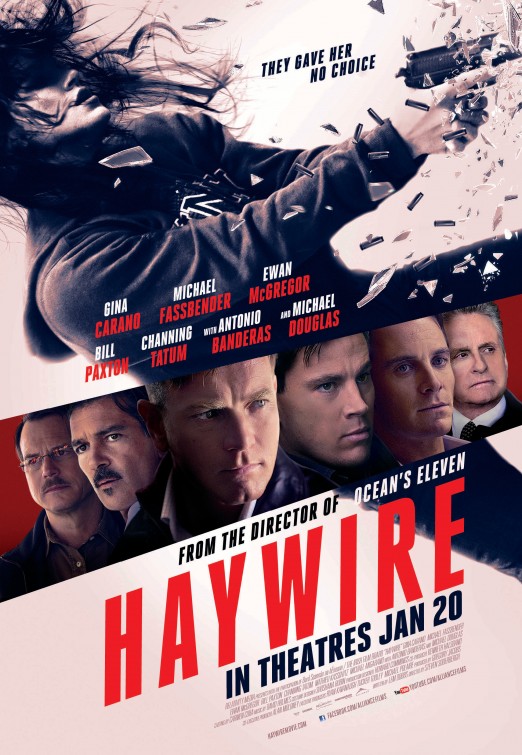 I love that the theater by my house shows movies for $6.50 before 5pm and starts them early enough that I can watch on before I have to leave for work.

Because that’s how I got to watch what might be my new favorite action movie, Haywire.

The plot is pretty standard, but the format it adopts takes action movies to a new place. The opening scene provides enough information for viewers to know that Mallory Kane, our lead, has no problems taking control of whatever situation she finds herself, and that we are dropping into the middle of a story.

Most of the film unfold as the lead, Gina Carano, recounts the events the led up to the opening moments. This entails many action scenes as she finds herself fighting what eventually seems to consist of everyone.

But that’s perfect for an action movie. And the fight scenes feel real as though I could actually learn how to do them, which is very different from most action films. And as much as Carano looks like she can take on the world, when she gets hurt, she shows it, which only adds to the realism.

This movie won’t win awards for dialogue or plot, but that’s not why I went to see it. I wanted to see an action movie that was entertaining and had some cool fight scenes. Haywire delivered, and I will probably pick it up on DVD to add to my collection.